We have enjoyed the Congress in Scotland, not only is this country absolutely beautiful but the Hospitality is wonderful. Here are some pictures from our visit.
We arrived early Thursday morning with very little sleep and got on the road, the opposite side of the road. I'm taking this picture .....  from the passenger seat. 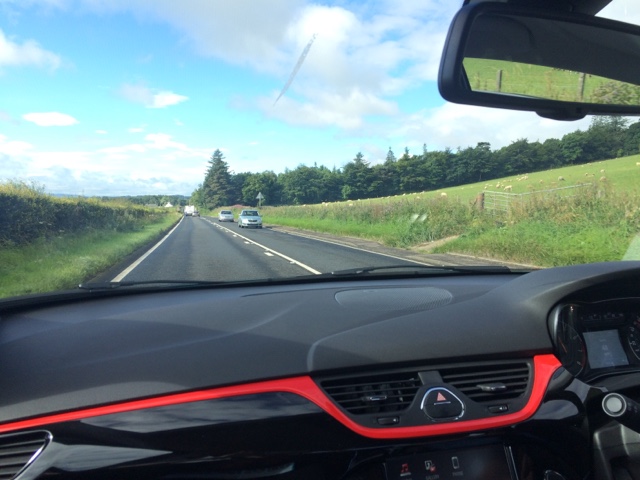 The host hotel for the World Galloway Congress was Gretna Hall Hotel. The history dating back to the 1700s.
We had over 300 people representing @ 15 countries. 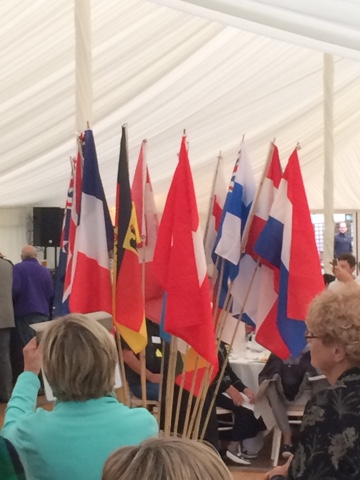 We began with a dinner and flag parade on Friday, August 5th.
On Saturday we began by attending the Dumfries Agricultural show. 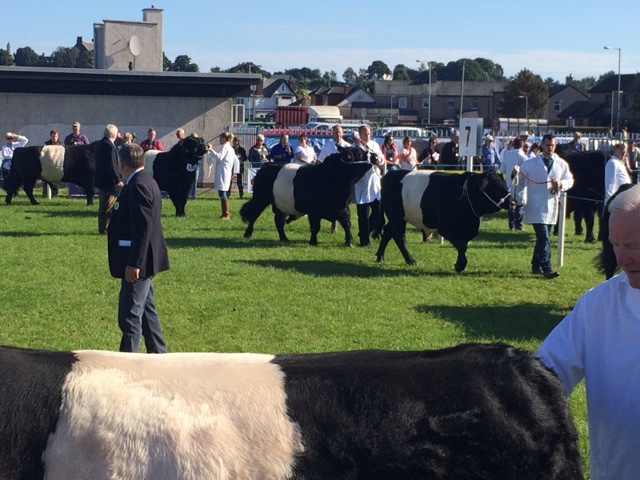 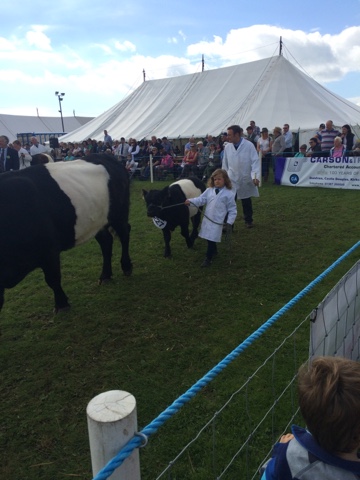 We enjoyed the service of the Beltie Beer Bar while In the hospitality tent. We thank them for being there!!! 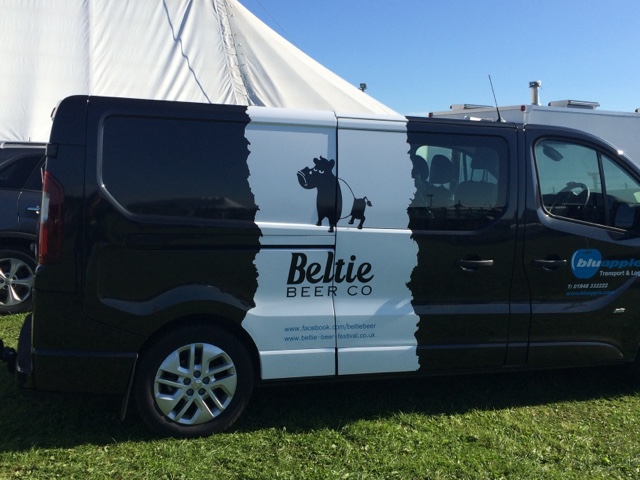 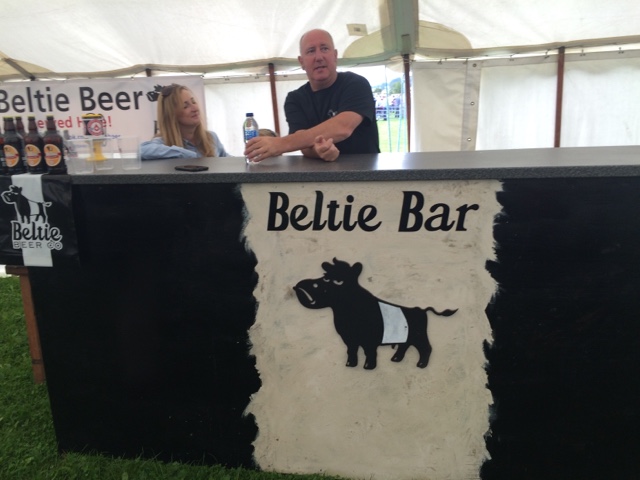 Our World Galloway Flags were represented as a part of the Grand Parade. A wee bit drizzly at the time ;)

Sunday Jon spent most of the day in meetings. Our Executive Director was still waiting for his luggage to arrive and Jon was elected Vice President of the World Galloway Congress due to the US hosting the event in 2020.
I explored two towns on foot.
I'm impressed by how clean every thing is even though such old historical places.
Gretna Green is a place for love. Such beautiful sculptures and places for weddings. 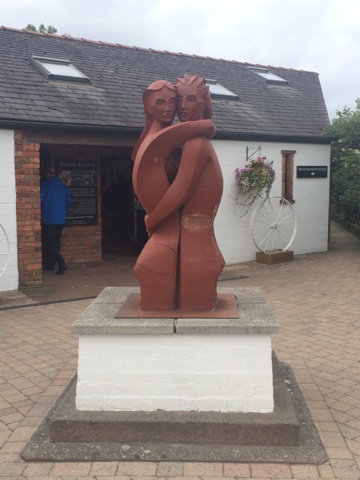 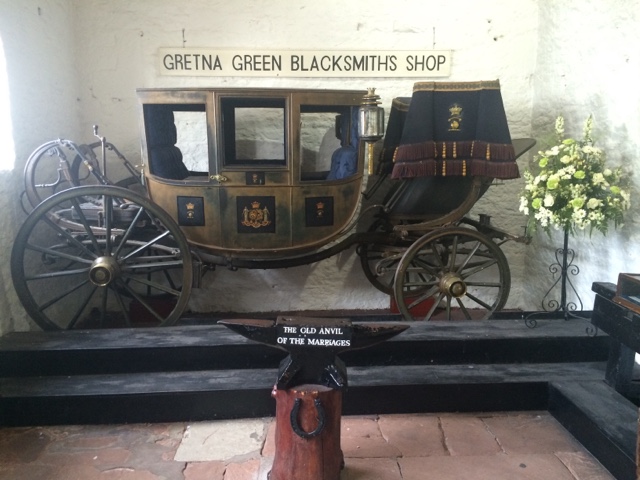 On my walk through Springfield, I noticed this and thought. "Make use and beauty out of everything" 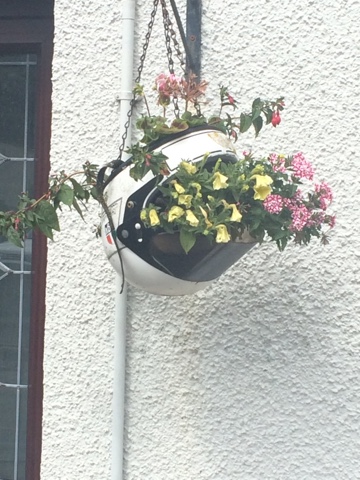 I do believe we have several sitting in our garage. Hummmm....
Monday the 8th we boarded busses and first went to Tim Oliver's East Farm, in Northumberland, in North East England.  He is a 7th generation grassland farmer. The following are pictures from his farm. 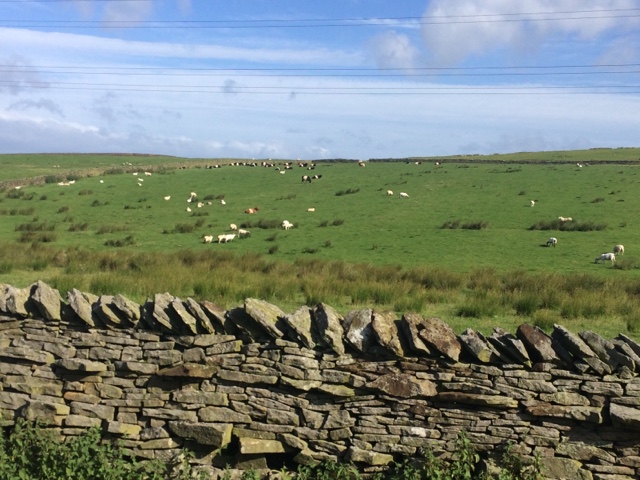 The stone walls remind me of Kentucky. 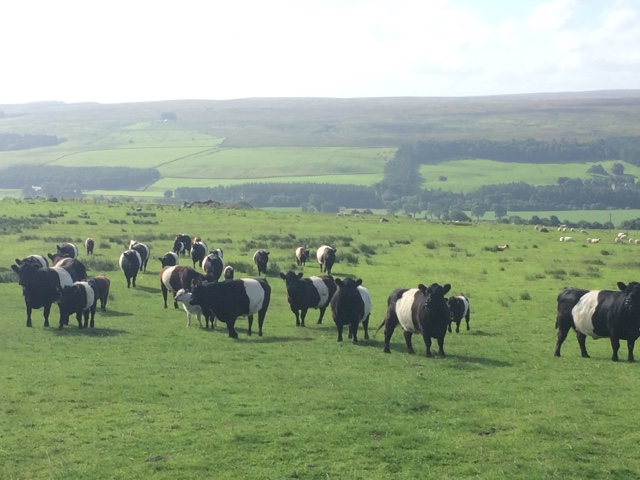 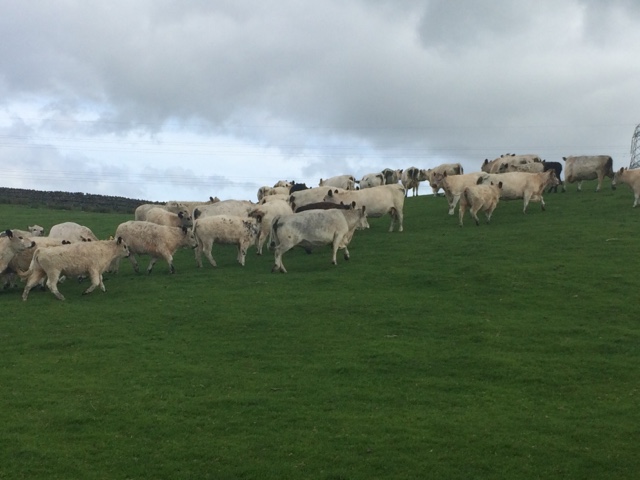 We then boarded the busses to The McClymonts. They have farmed since 1967. There farm is in the Yarrow Vakkey in the Scottish Borders. 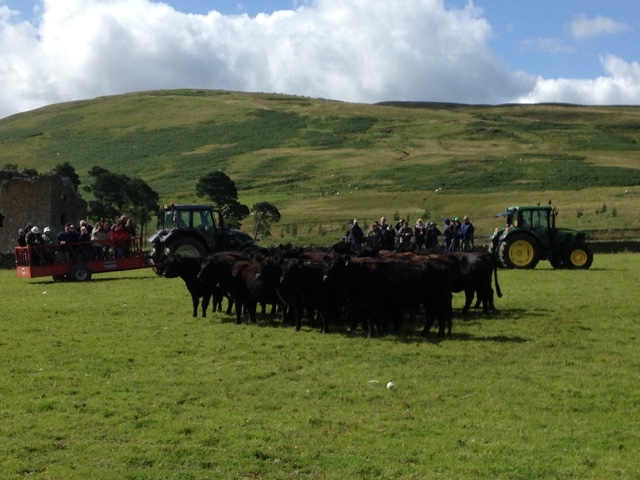 Check out how we got around. We surrounded the cattle with tractors and feeding trailers. 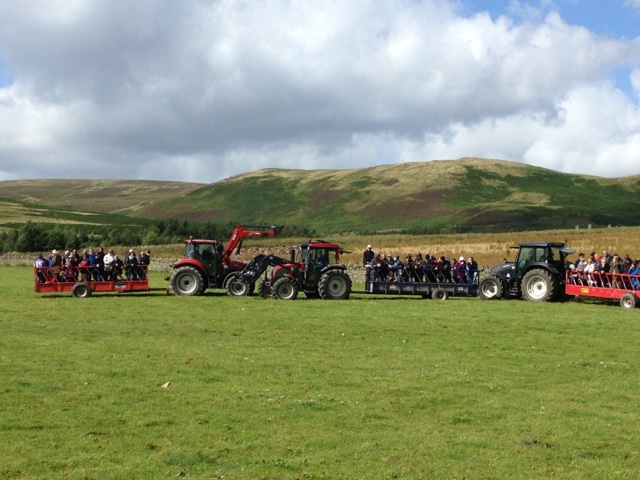 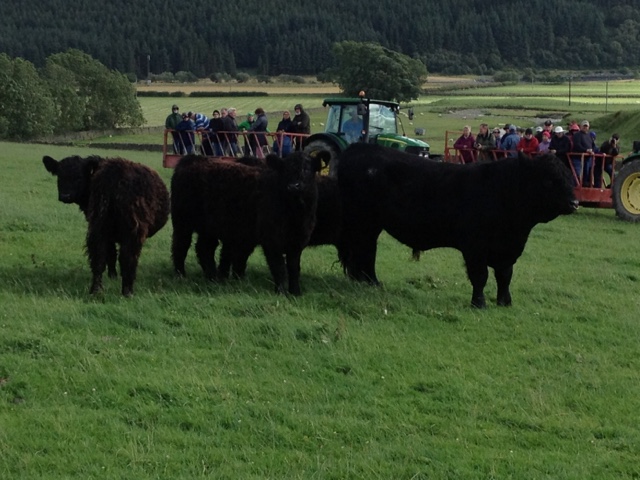 More to come when I have good wifi.
Posted by Unknown at 3:10 PM